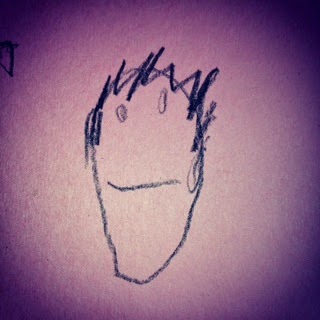 "Mama" by my daughter age 3 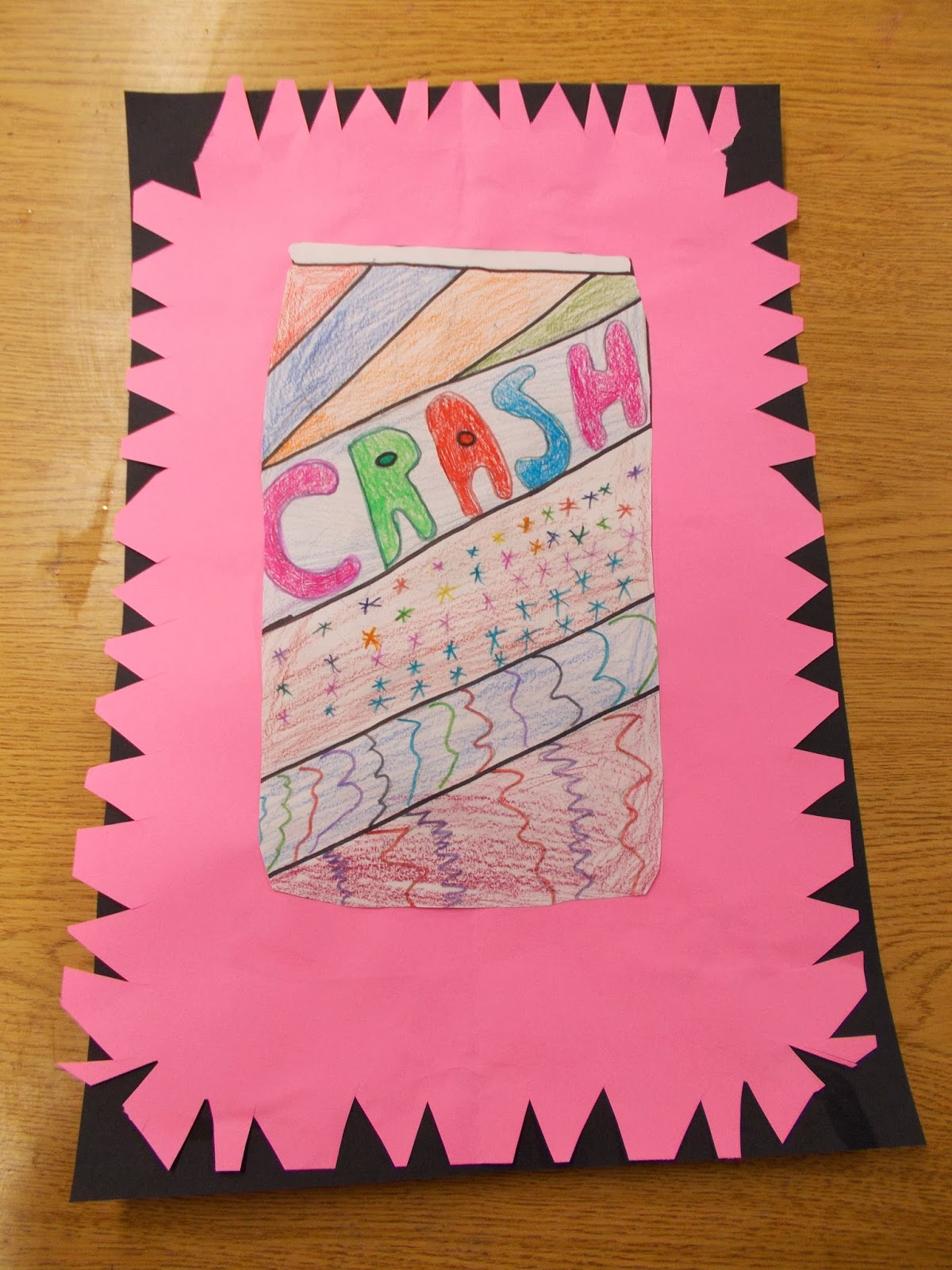 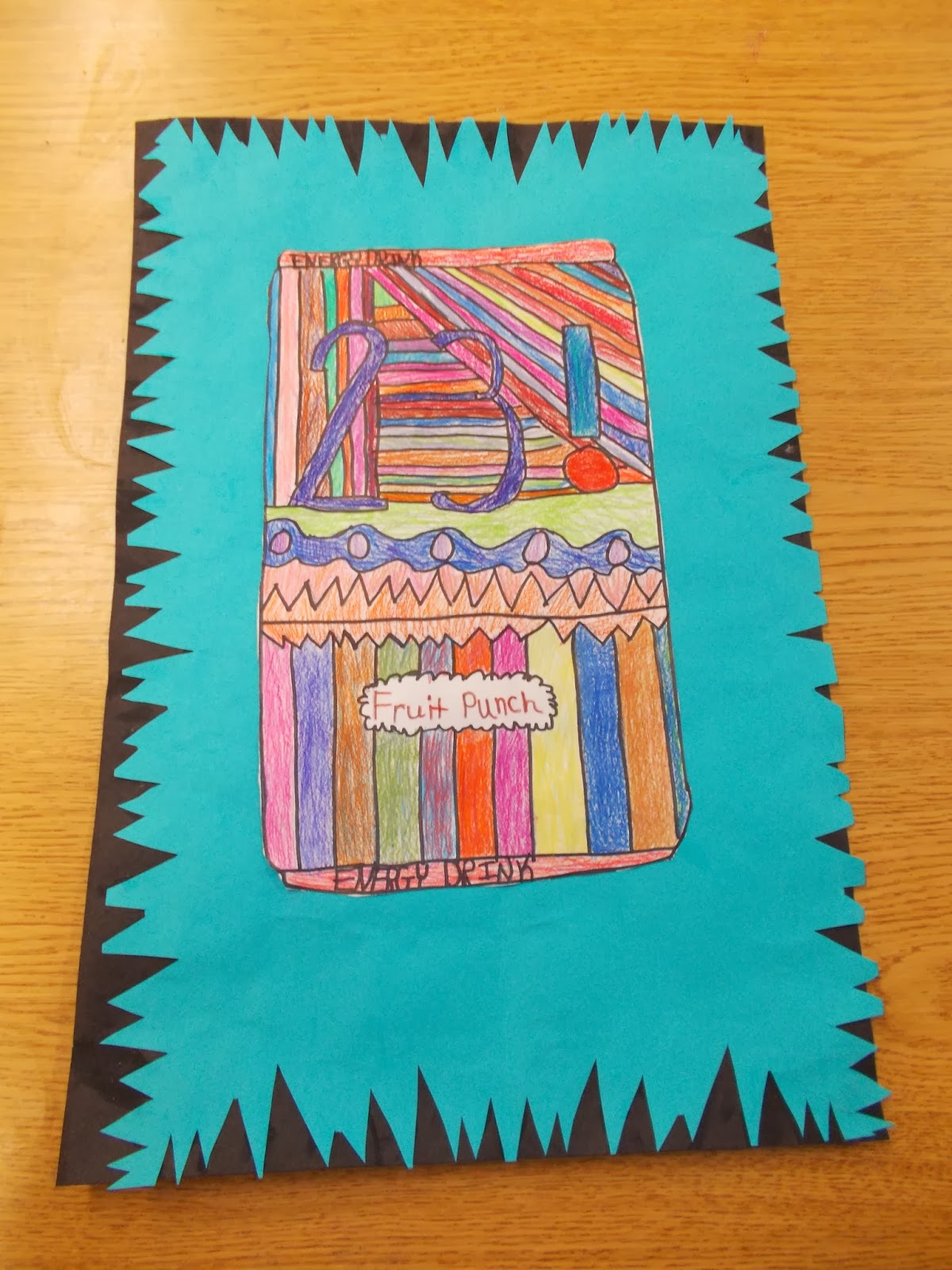 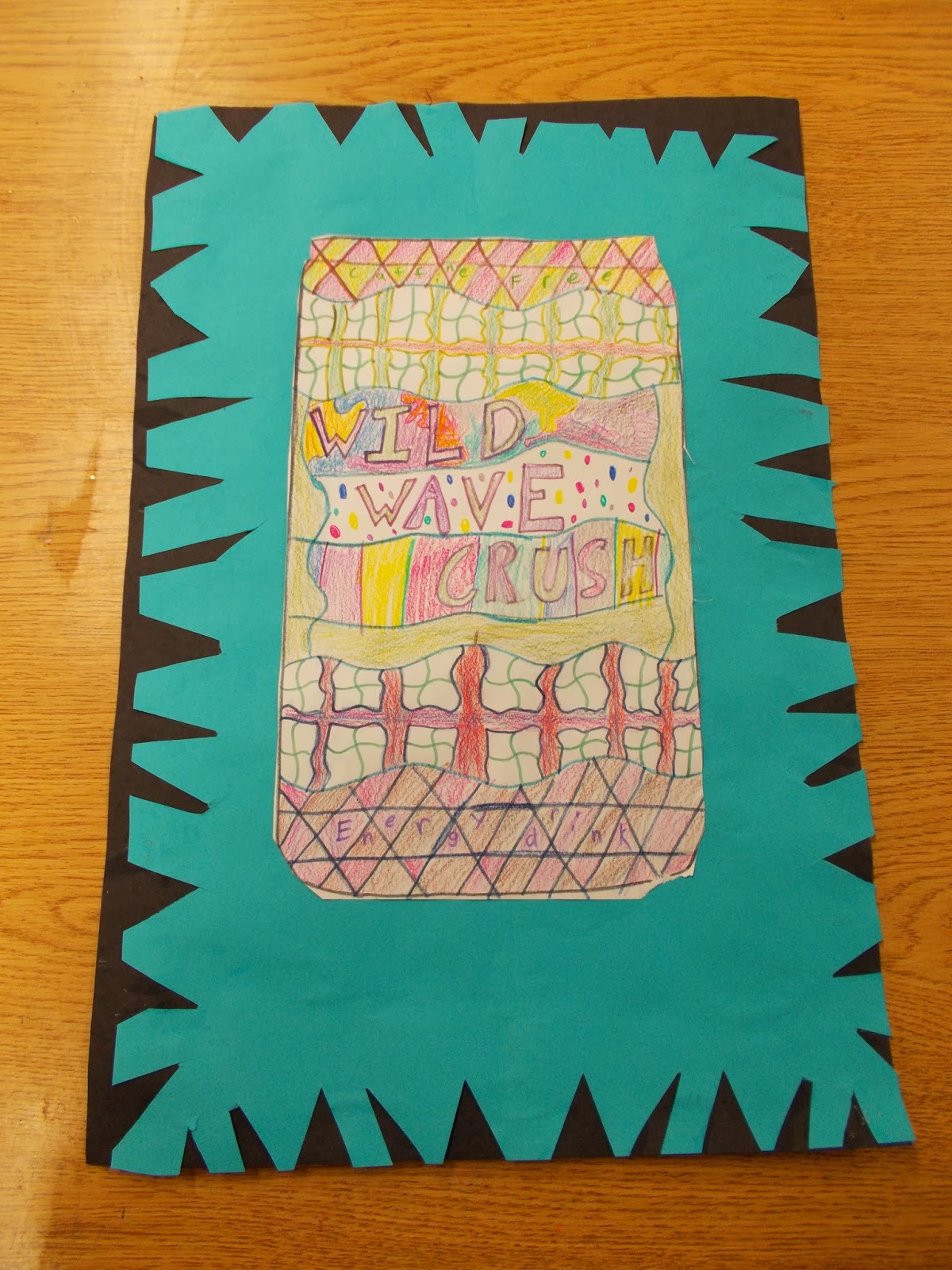 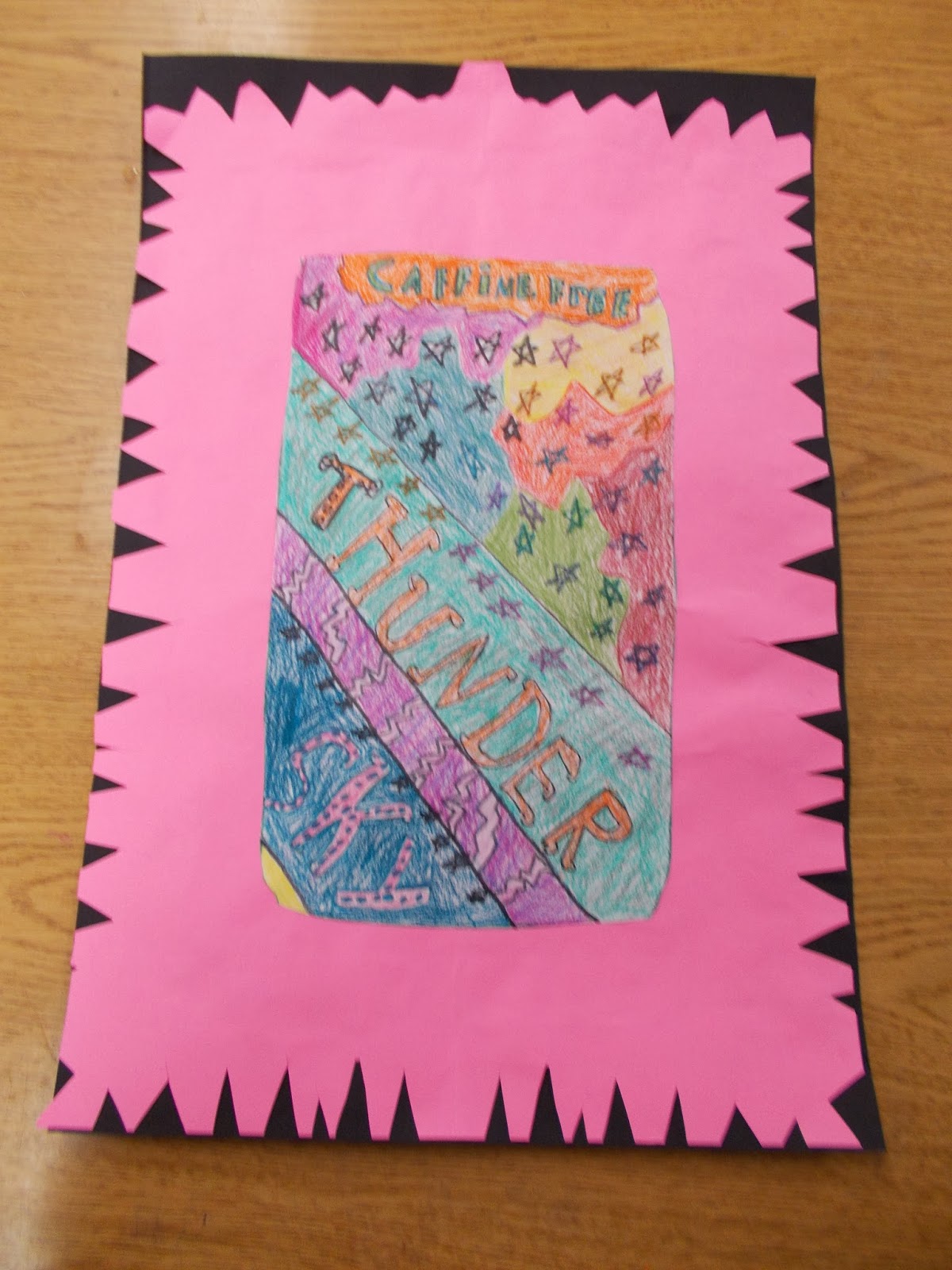 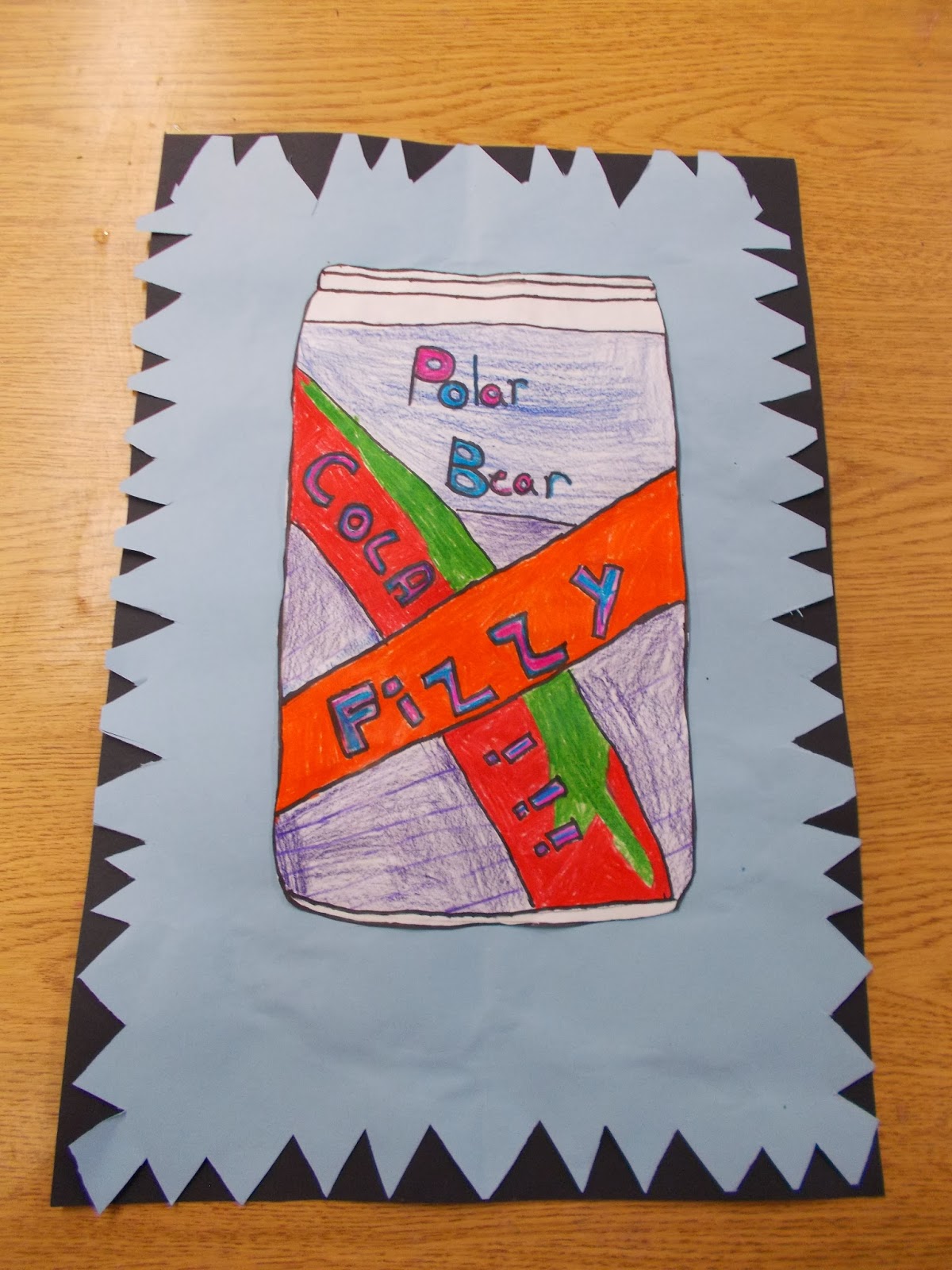 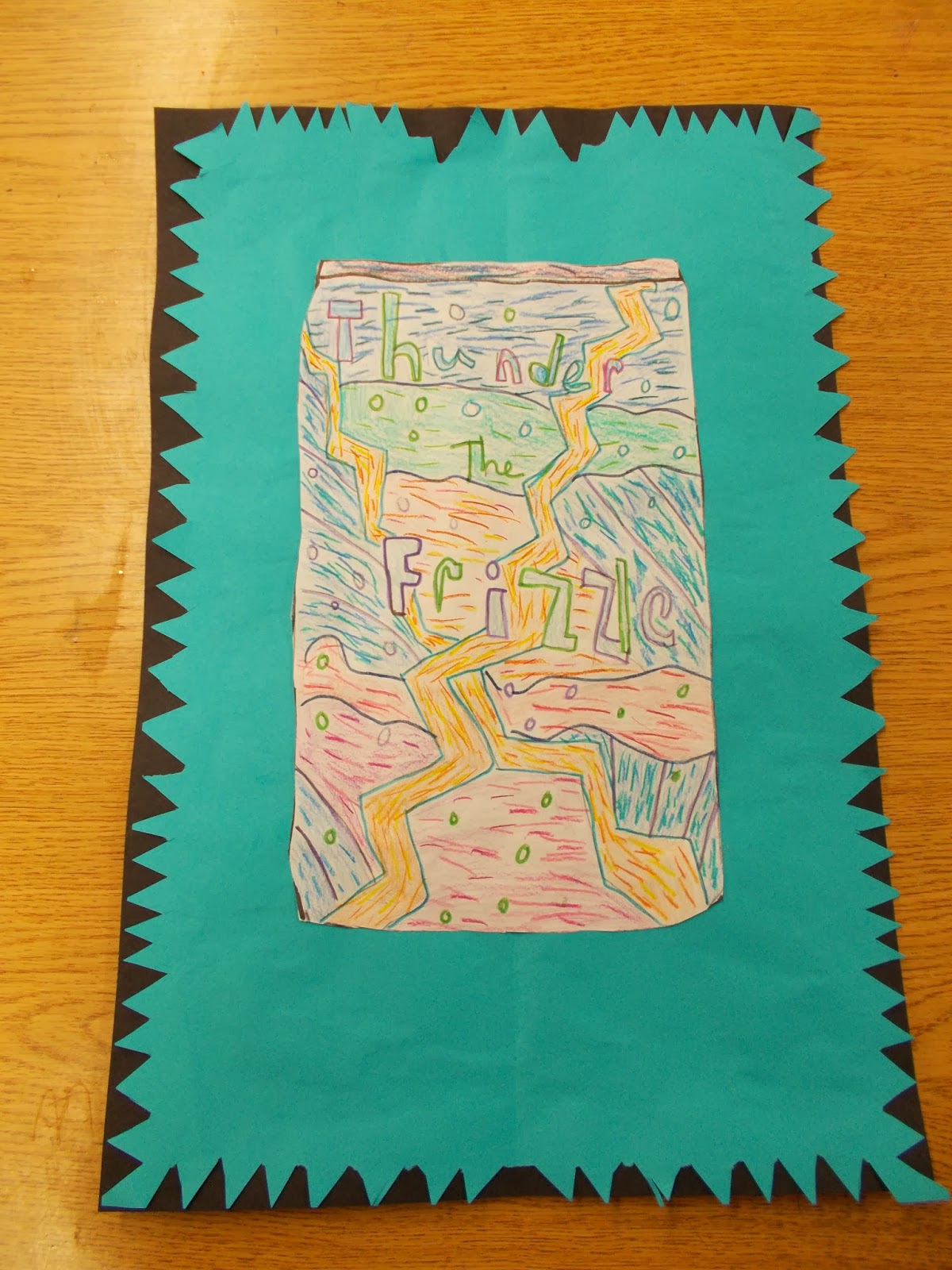 Burton Morris is a modern American Pop artist. His artwork creates a mood of happiness, high energy, and fun!  Comic books influenced his style of artwork. The triangular slashes that he is known to create with black around the outside edges of his art come from his love of woodblock prints. He includes popular cars, food, games, people & emotions in his easily recognizable style of art. He has been commissioned to create art for companies such as Sony, AT&T, Heinz & Microsoft.

Students designed their own Soda can, choosing a name and design. They used color pencils and markers to color it in. They created a burton Morris inspired background to glue their soda can onto, mimicking the triangular slashes found in all his work.
Posted by Alison Pierce at 11:35 AM No comments: 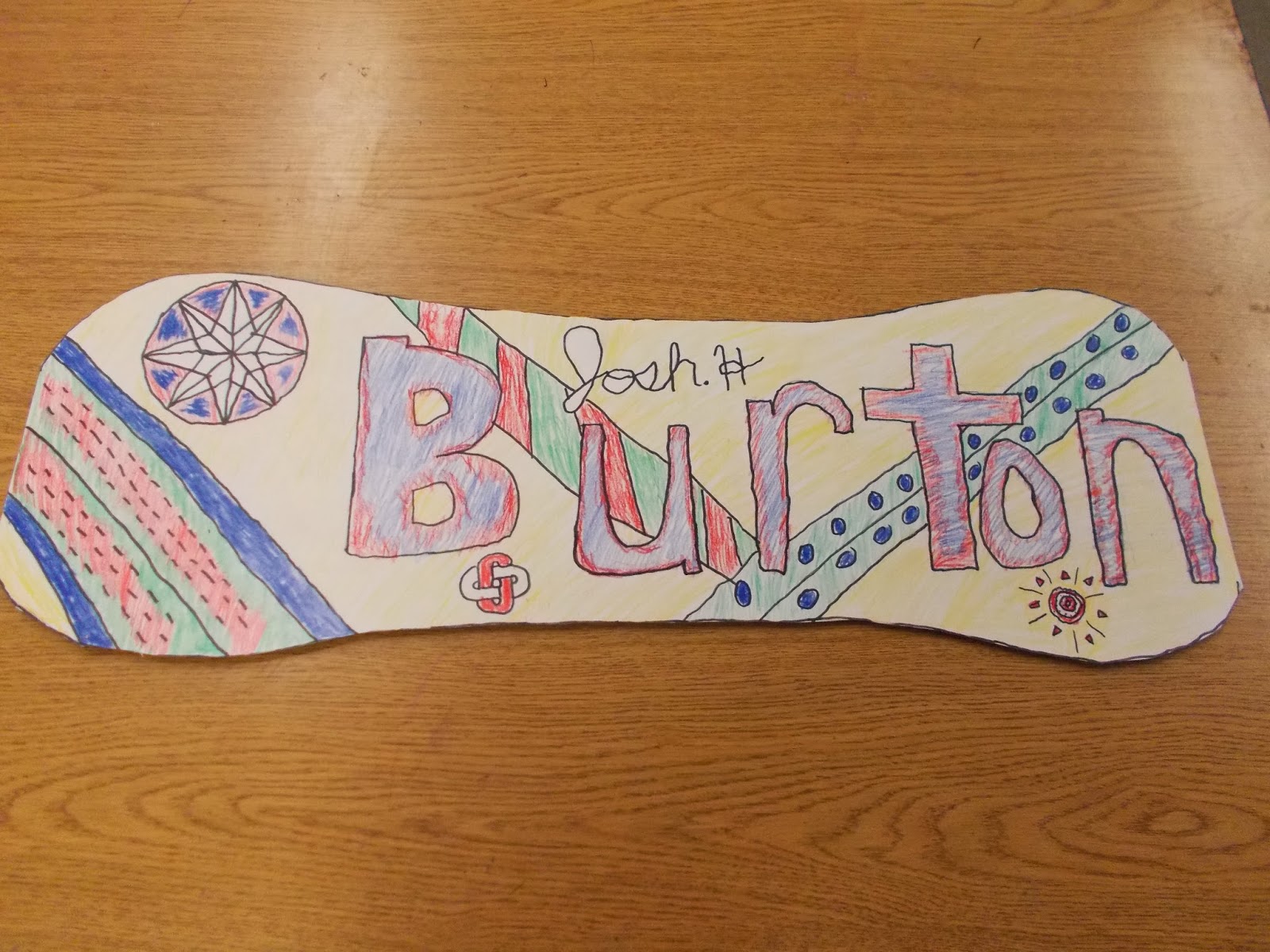 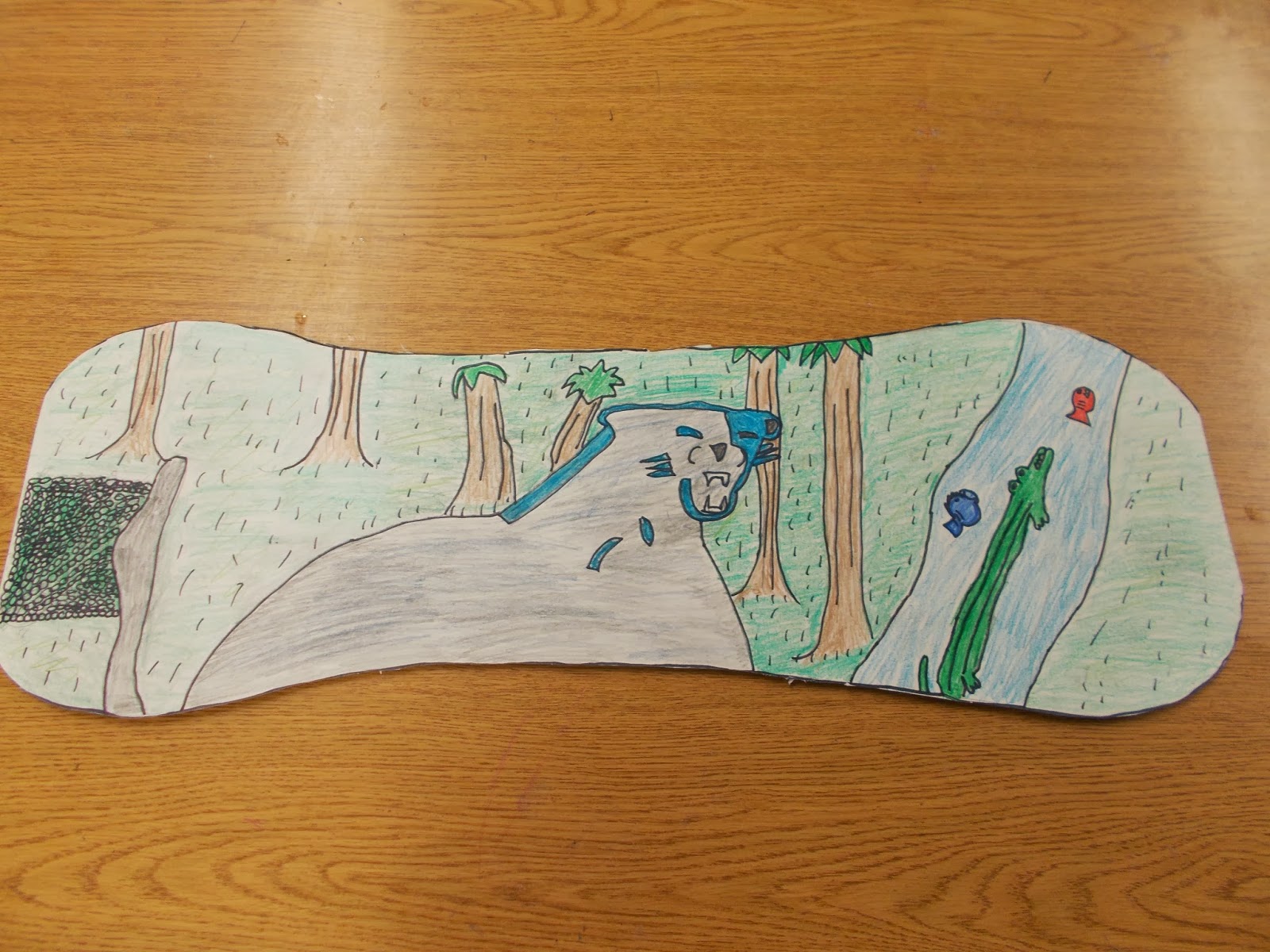 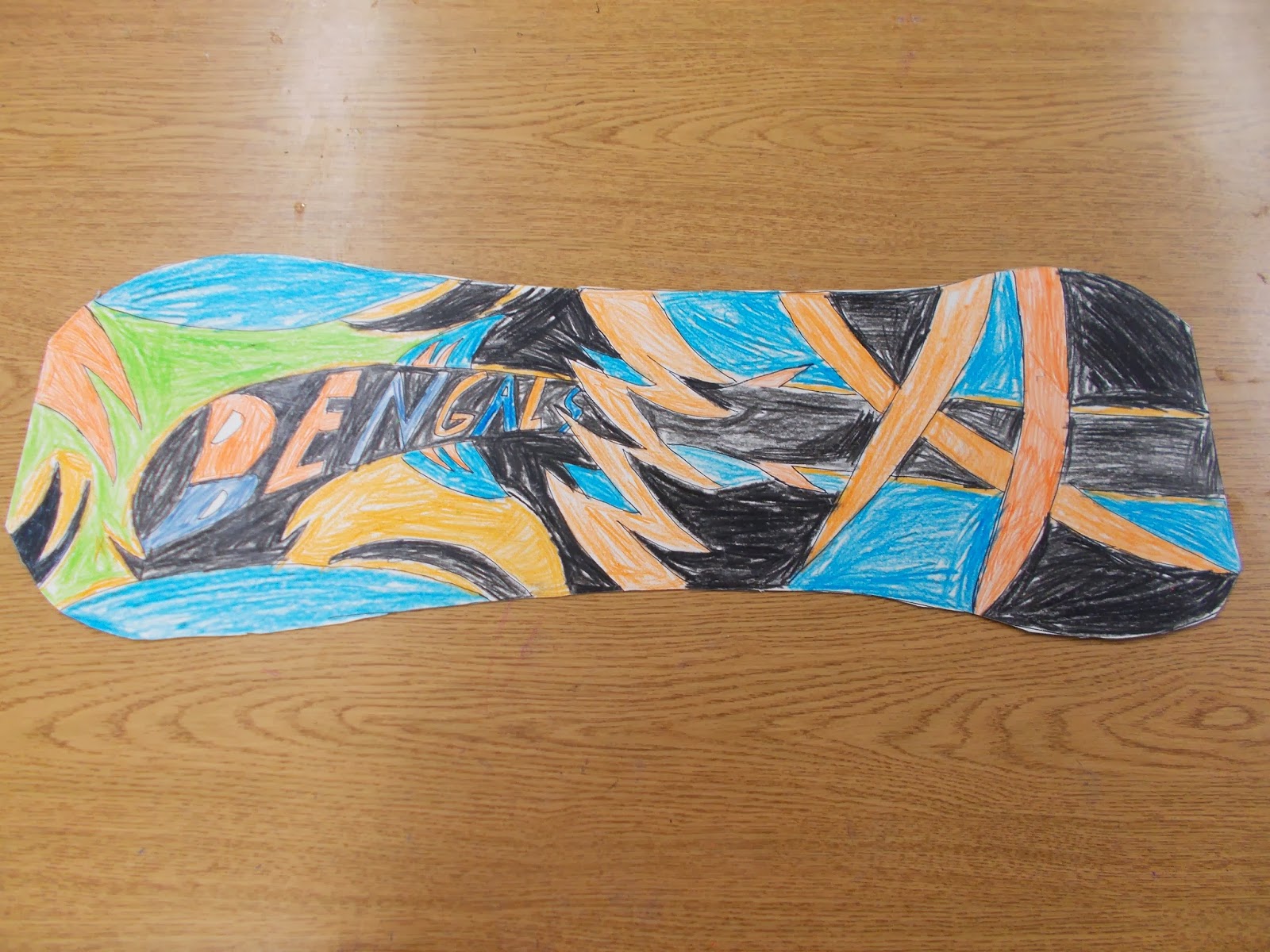 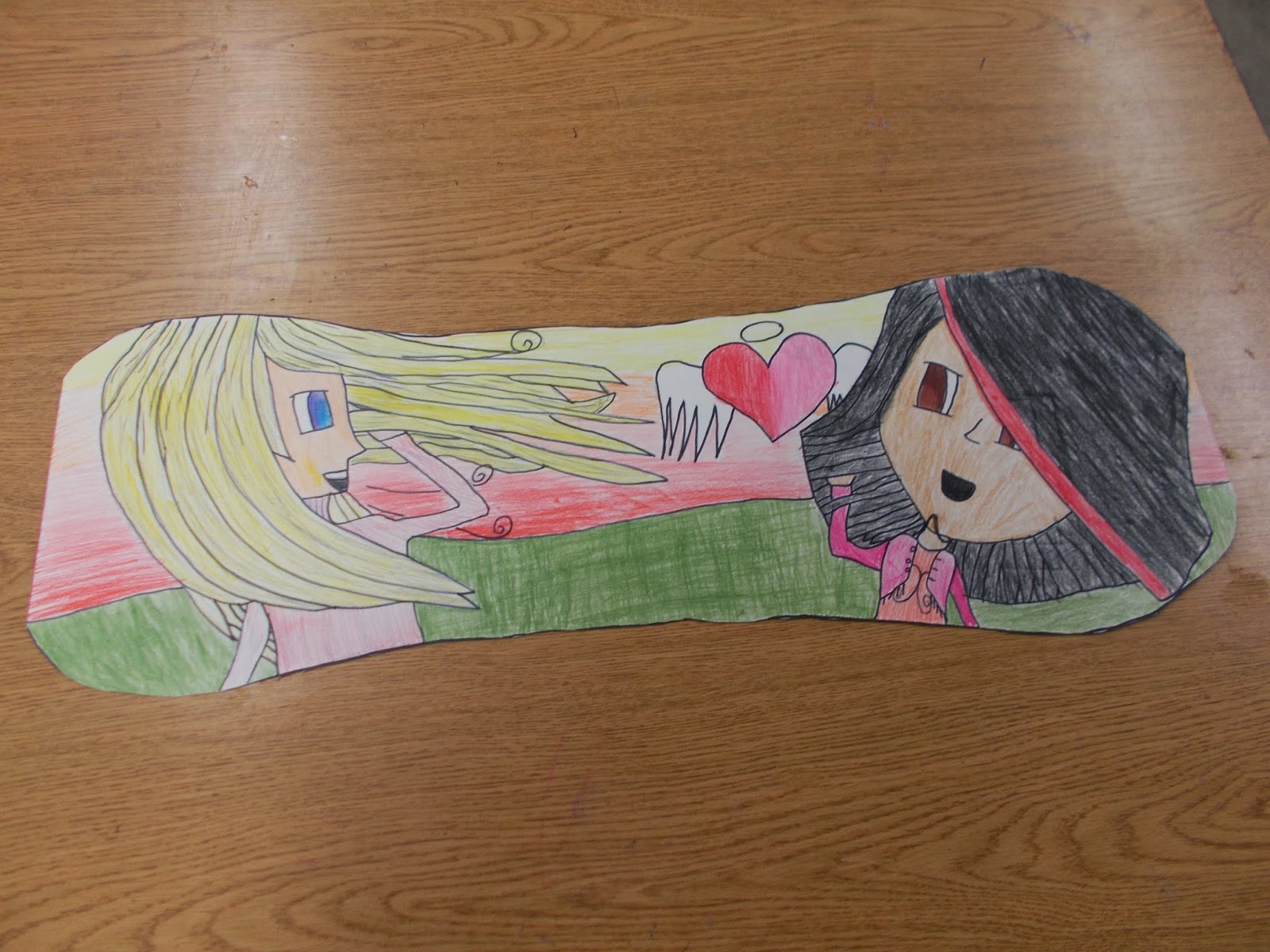 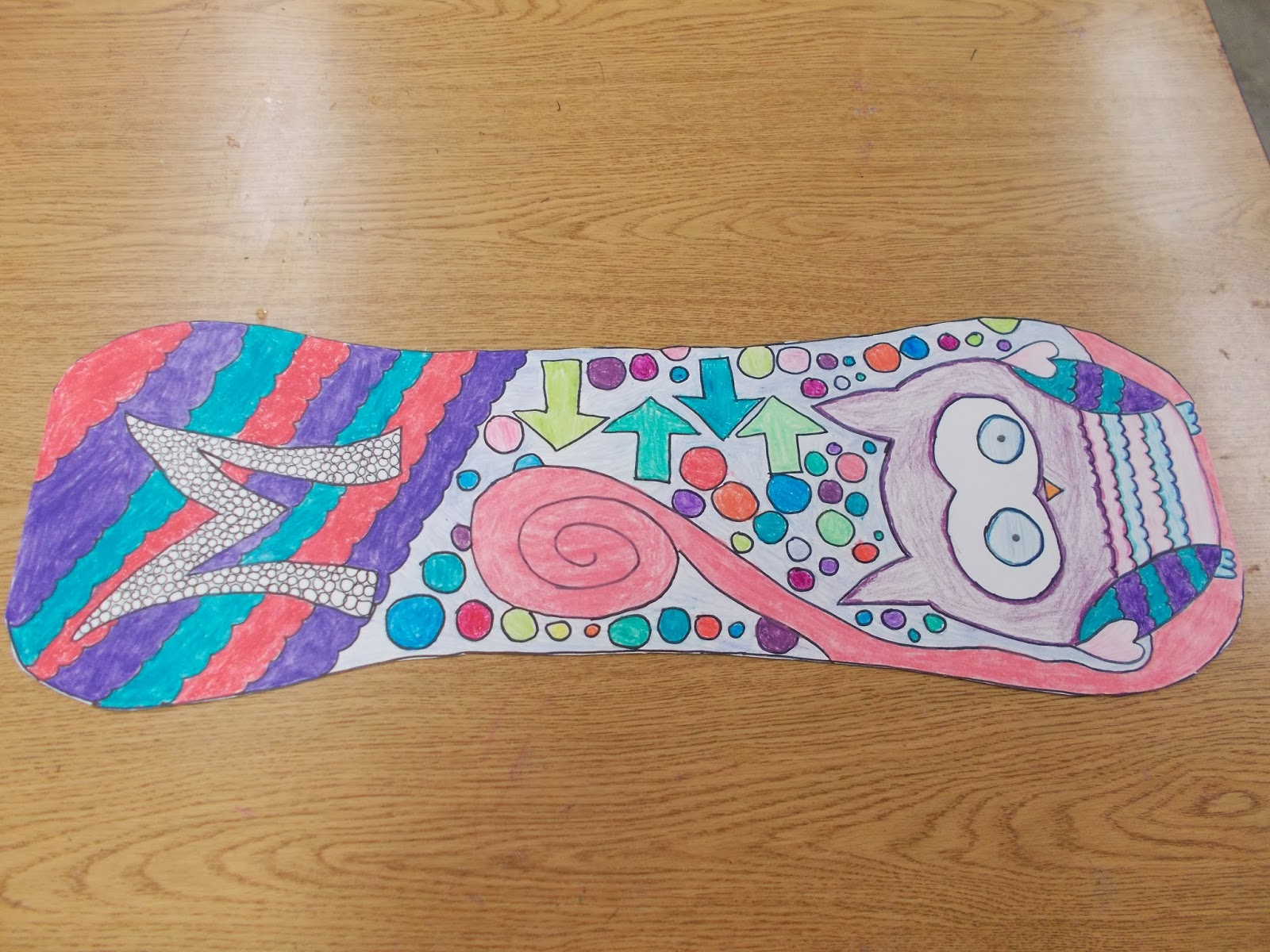 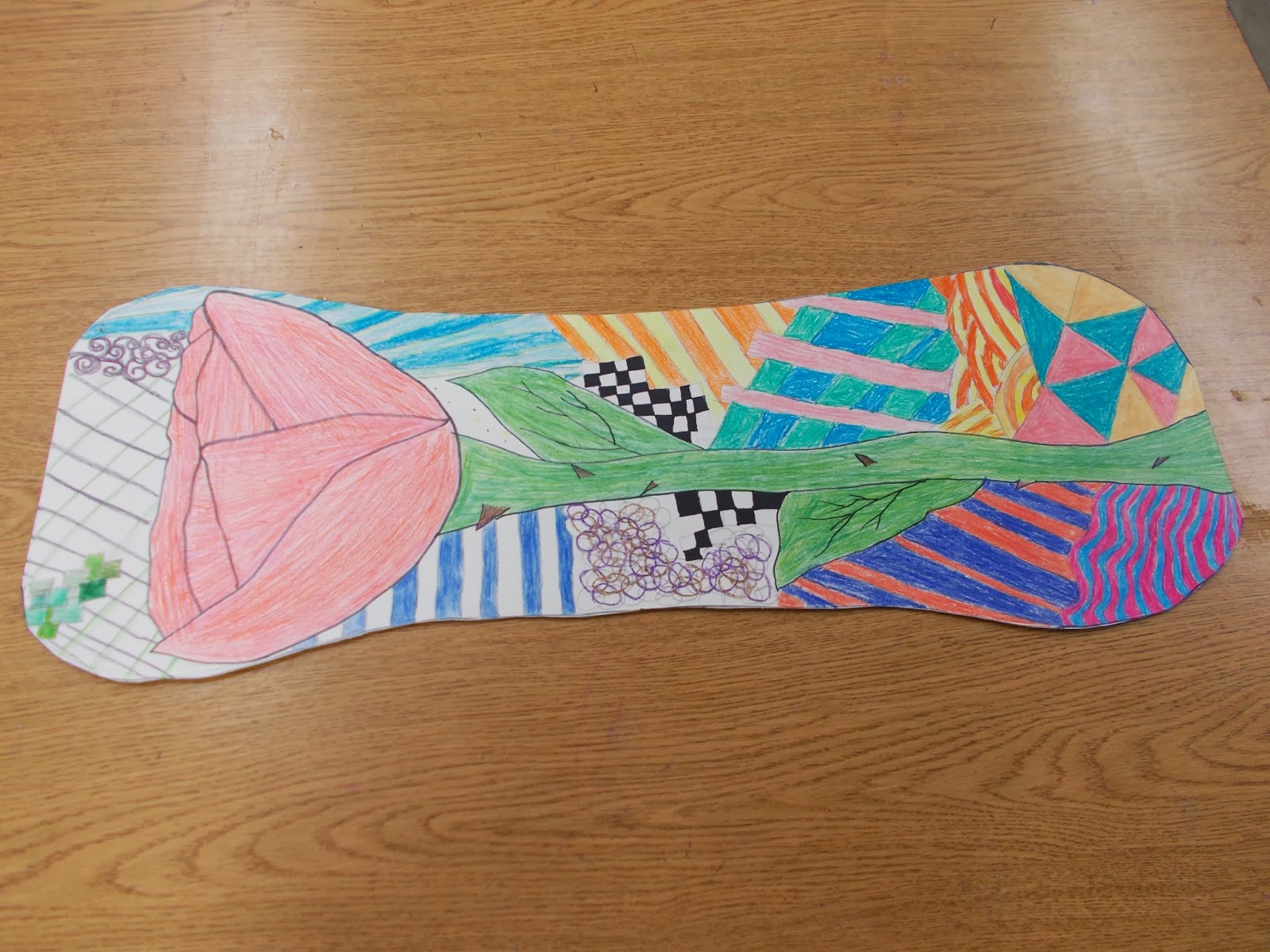 With the Olympics going on in Sochi, Russia, I thought it would be great to do snowboard design with the 4th and 5th graders. We watched Shaun White's highest scoring ever halfpipe run from the Vancouver Olympics to get in the spirit of winter sports. I also found this great video of a snowboard designer sketching out his design for his own snowboard. It was great for the students to see the process from sketching to computer design. https://www.youtube.com/watch?v=kHKbTOvJvP4

Students traced the snowboard shape, I wanted to make sure they were big enough, and the objective of the assignment was to focus on the design rather than draw the snowboard. We discussed some of the elements of design that they could include in their design, like shapes, color, pattern, line work. I also brought in my snowboard for them to look at. I think it blew their minds a little to picture me snowboarding:)
Posted by Alison Pierce at 10:55 AM No comments: 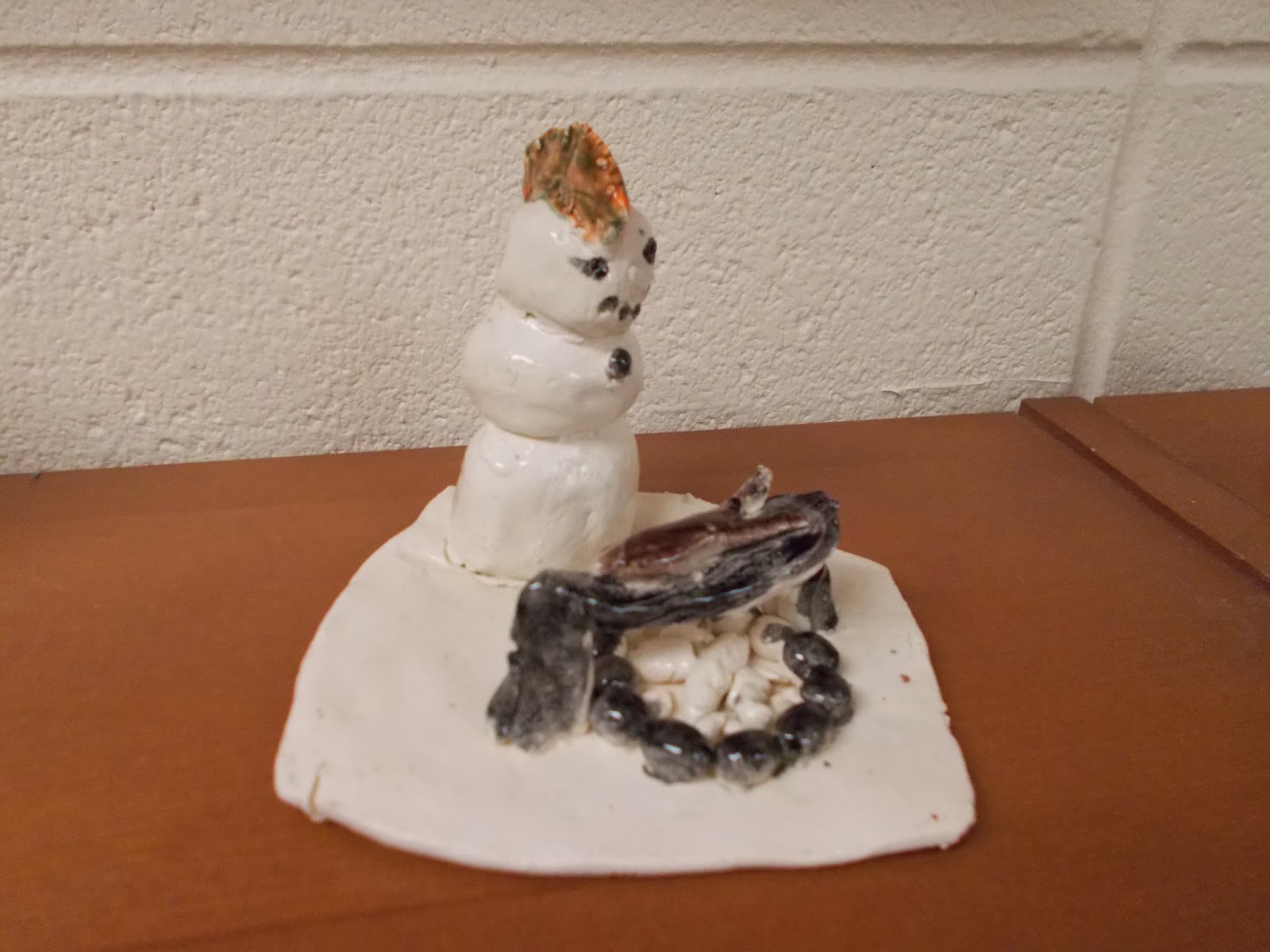 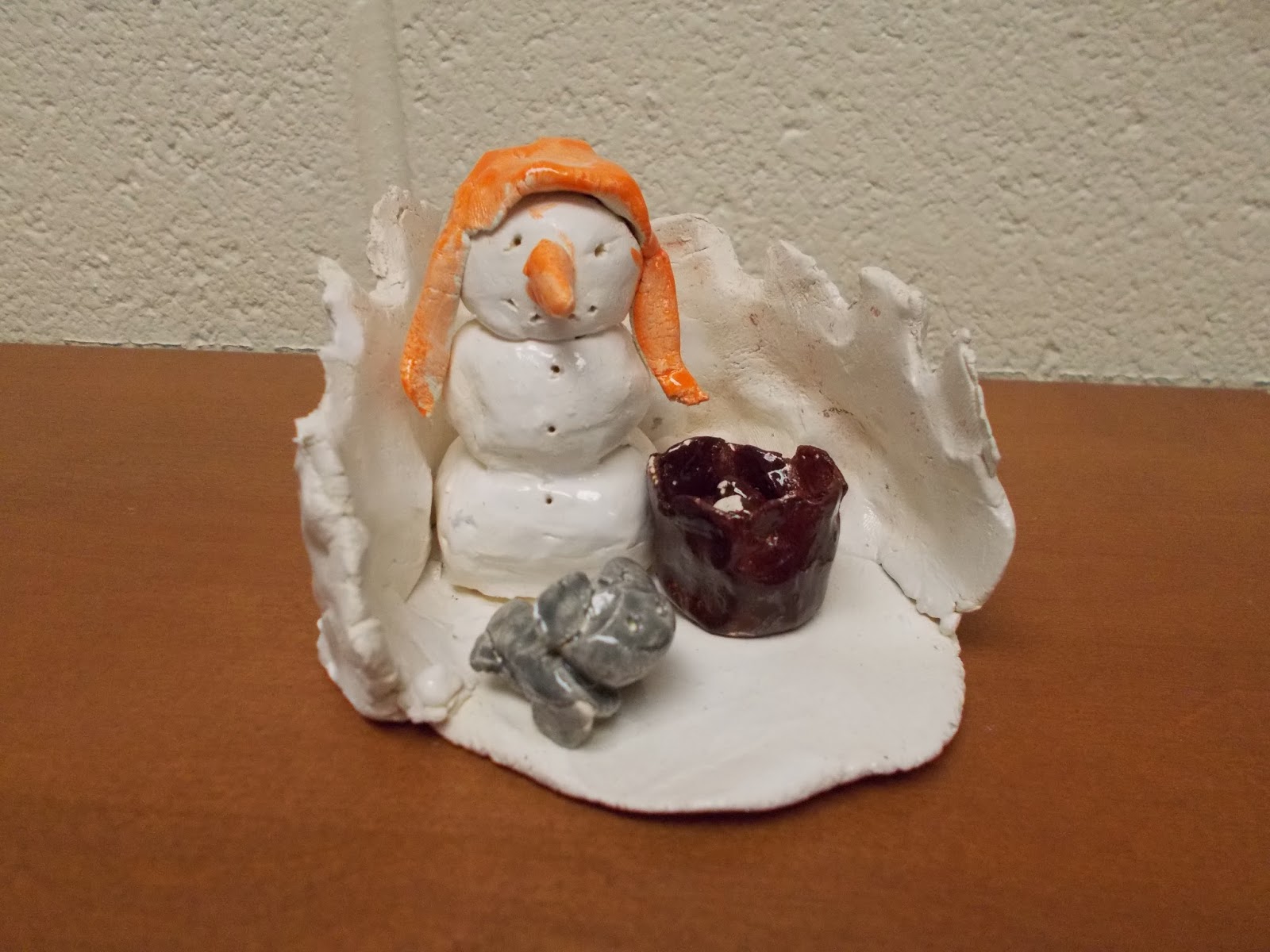 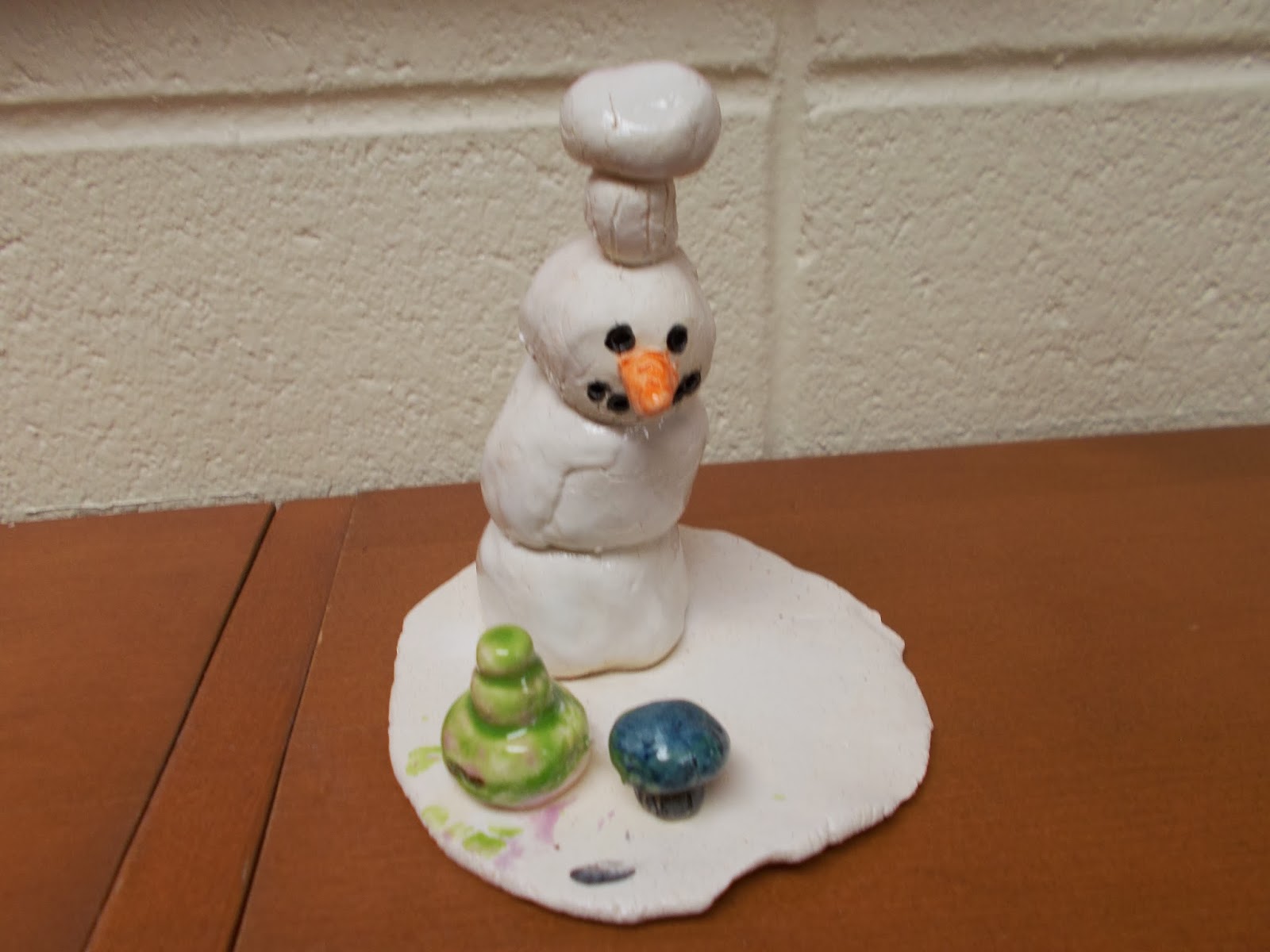 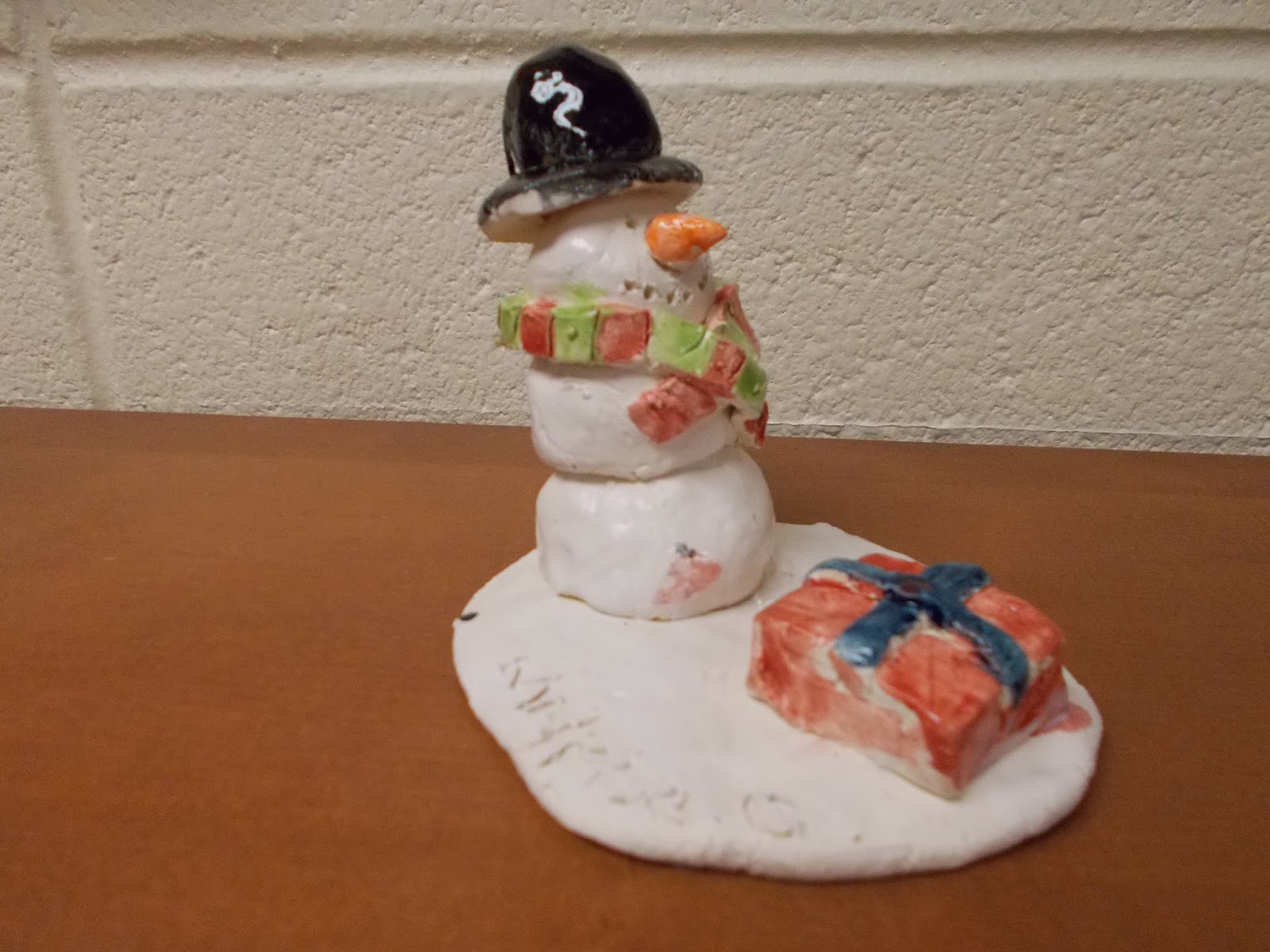 Posted by Alison Pierce at 10:40 AM No comments: 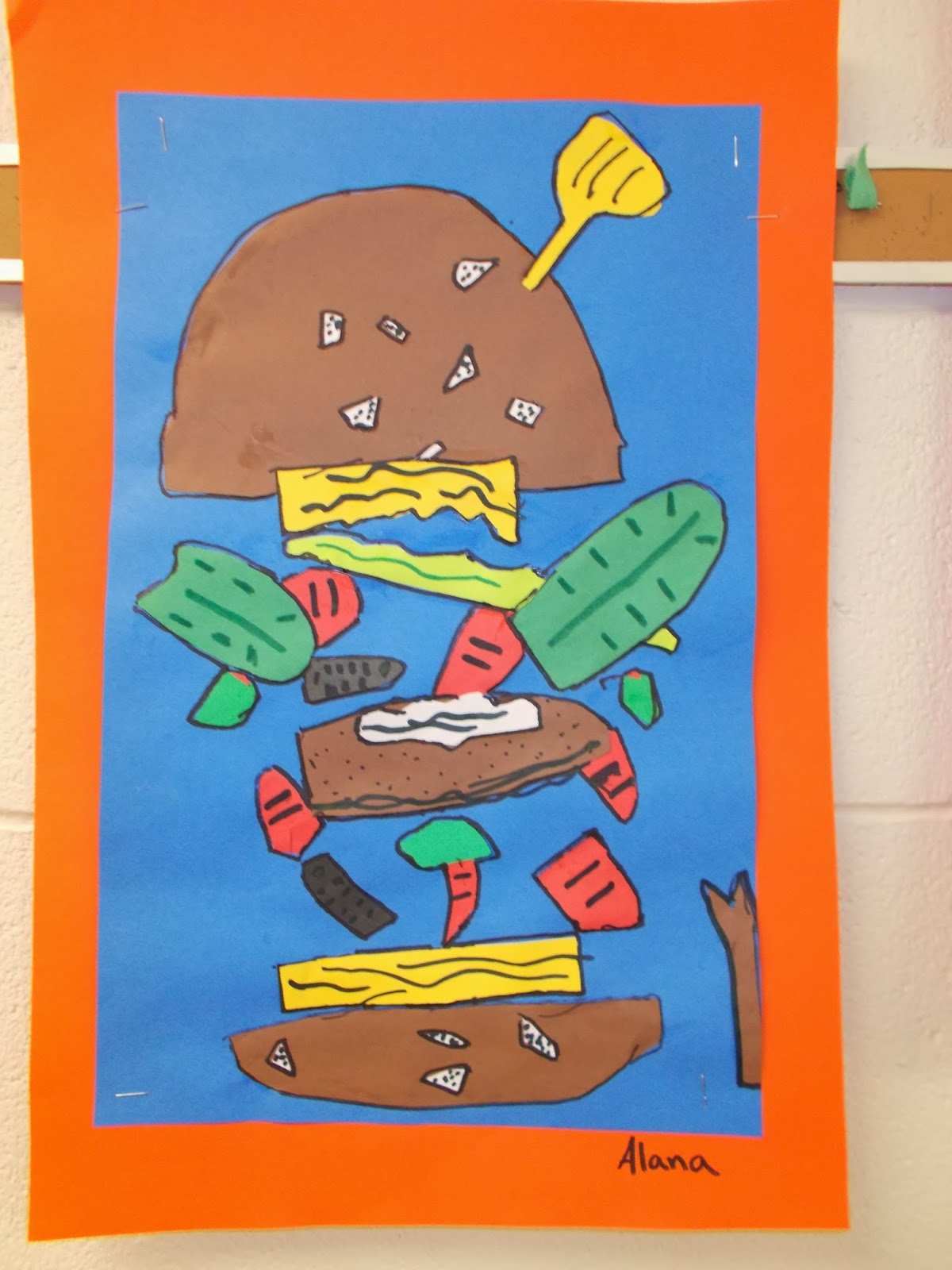 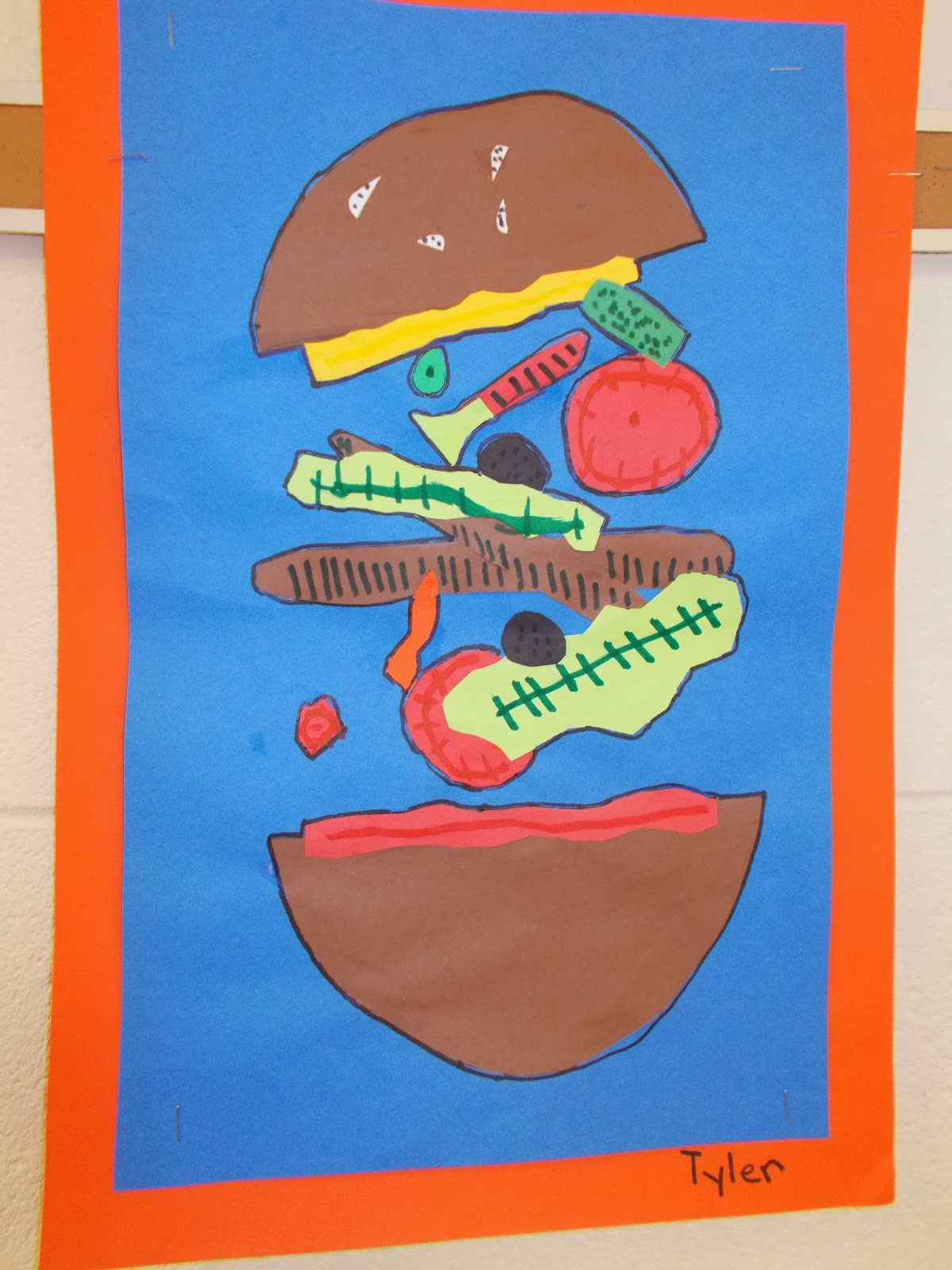 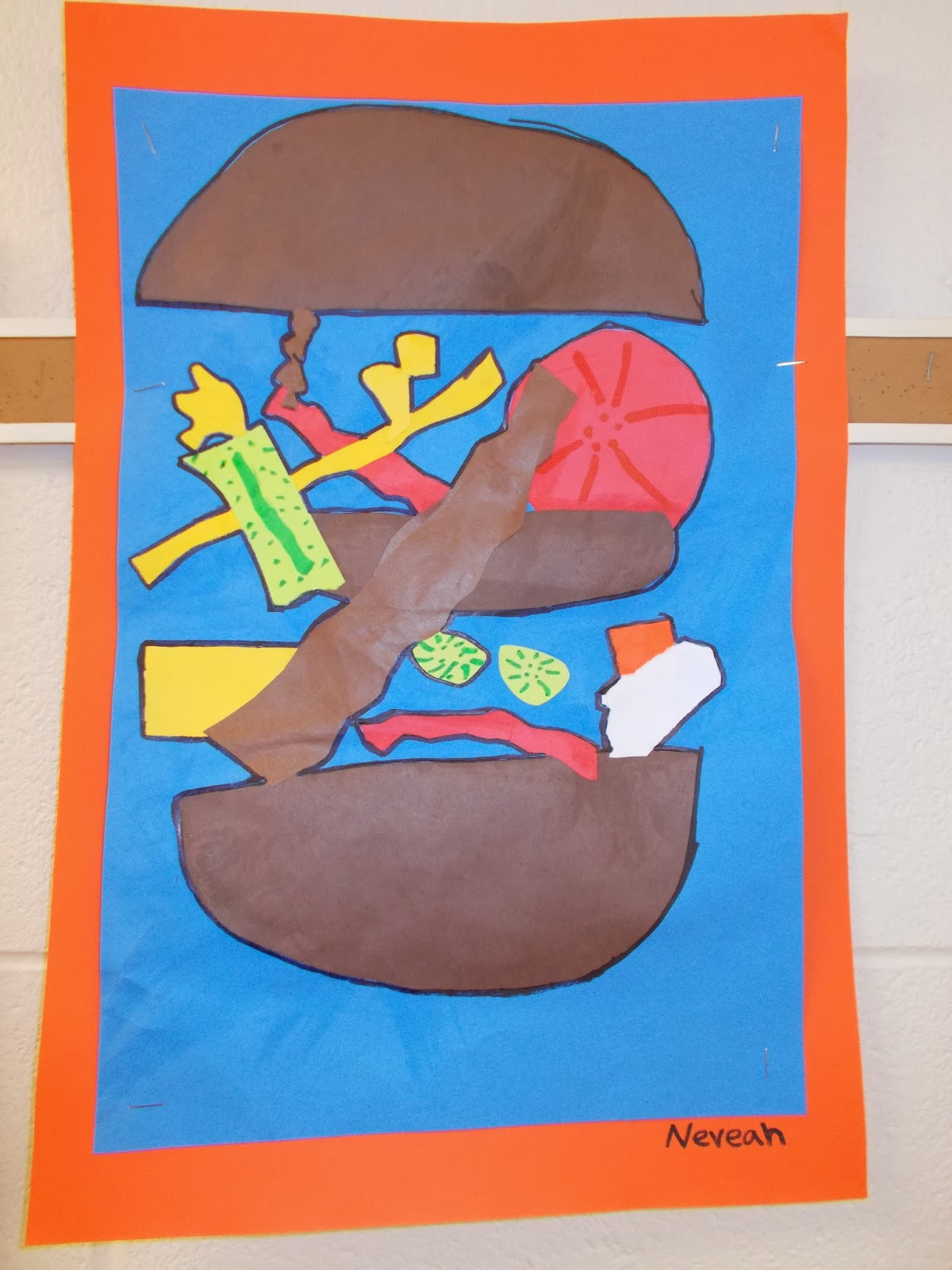 2nd graders learned about the artist Henri Matisse through a Power Point presentation. Students learned that he was originally a painter until his health left him bed ridden. Matisse then used paper cut outs and collage as his main source of art medium with the help of an assistant. 2nd graders learned the difference between free form and geometric shapes. Geometric shapes are easily identified, for example triangle, circle, or square are all geometric shapes. Free form shapes are shapes that are not so easily identifiable, but are still shapes. Free form shapes are shapes that can just be made up from your imagination.
Students used paper cut outs just like Matisse to create a Hamburger. They had to include both geometric and free form shapes in their collage. The learning targets for this lesson were:


They did a great job! And the burgers look delicious!
Posted by Alison Pierce at 9:52 AM No comments: 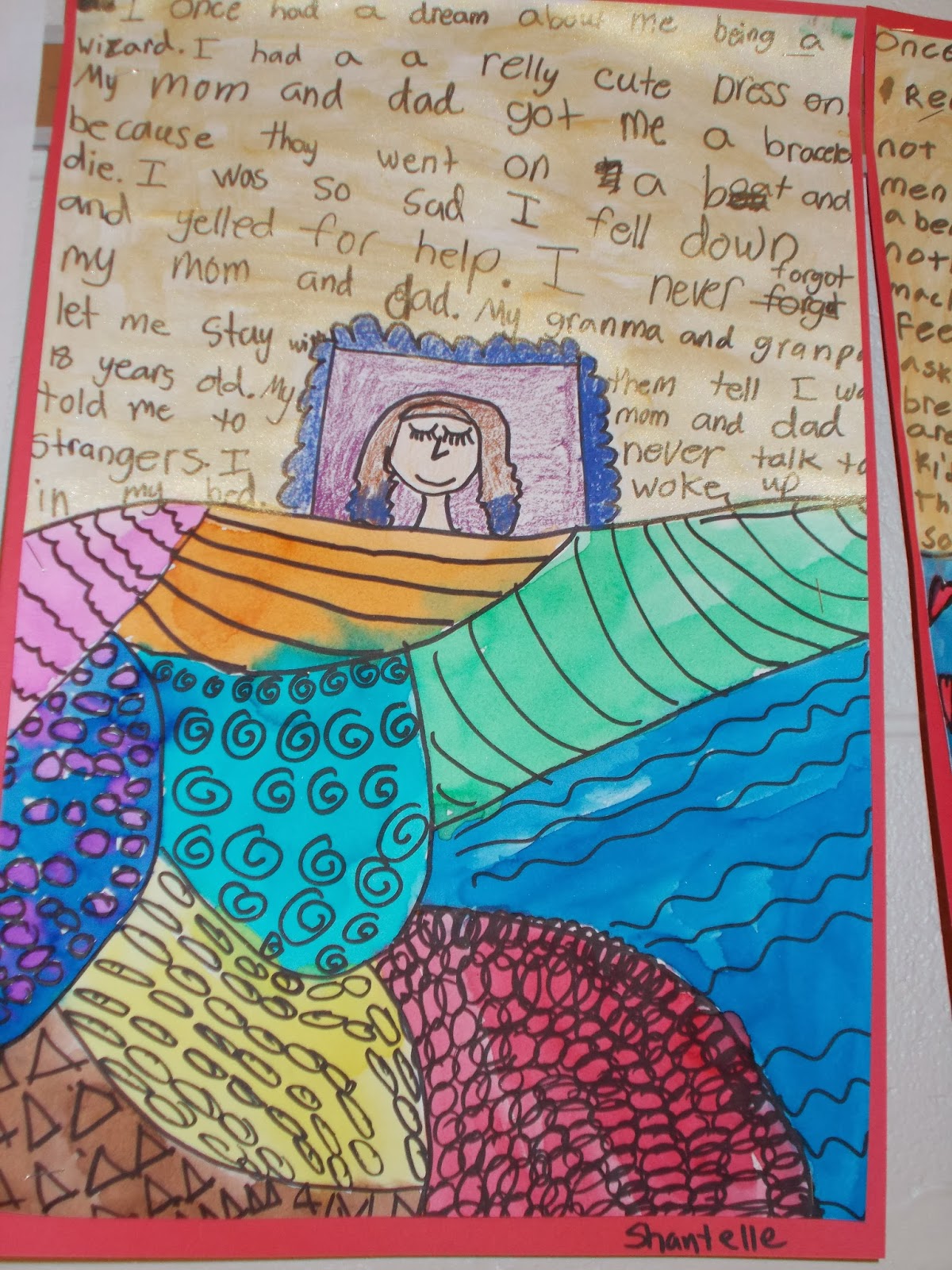 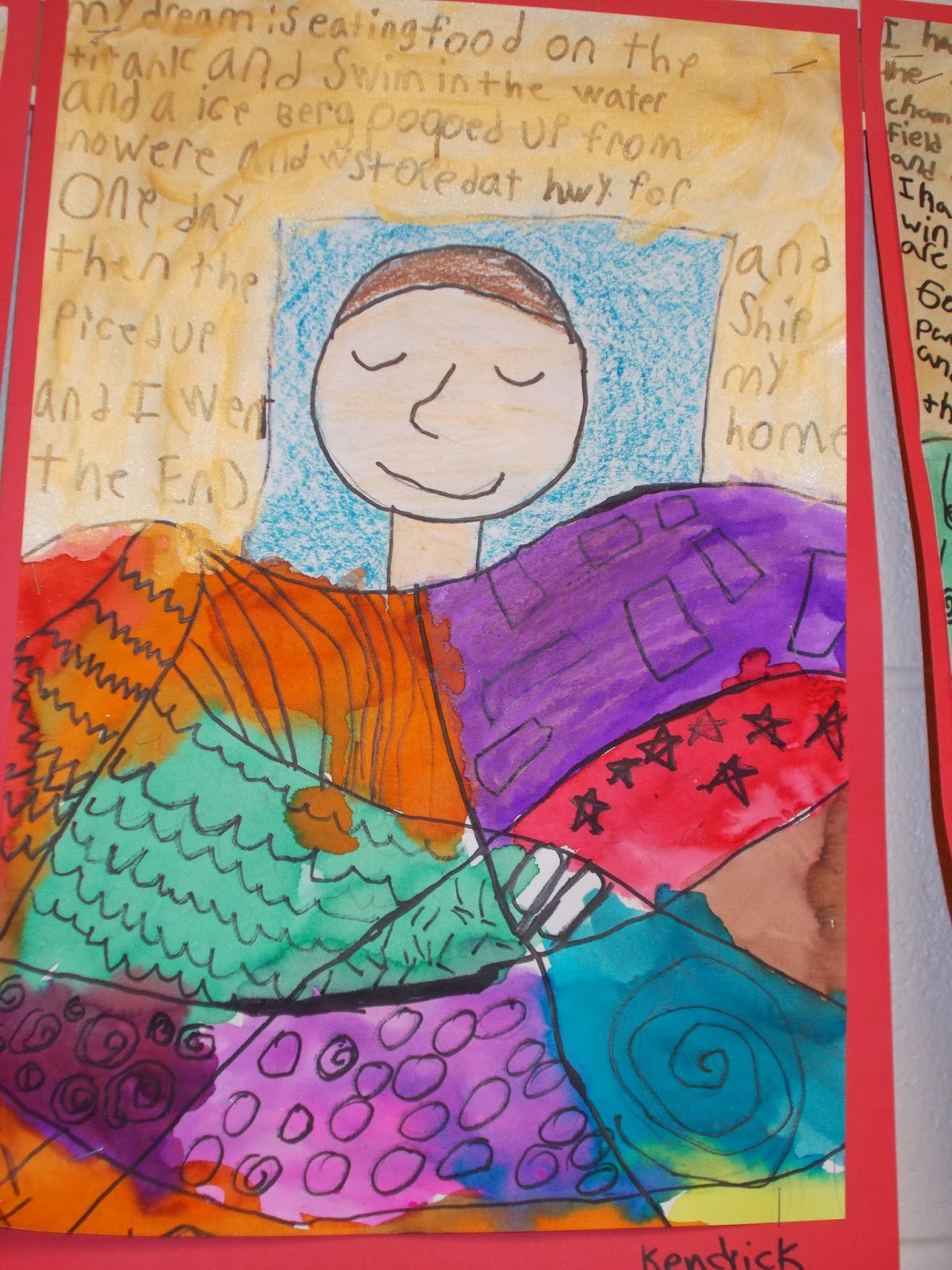 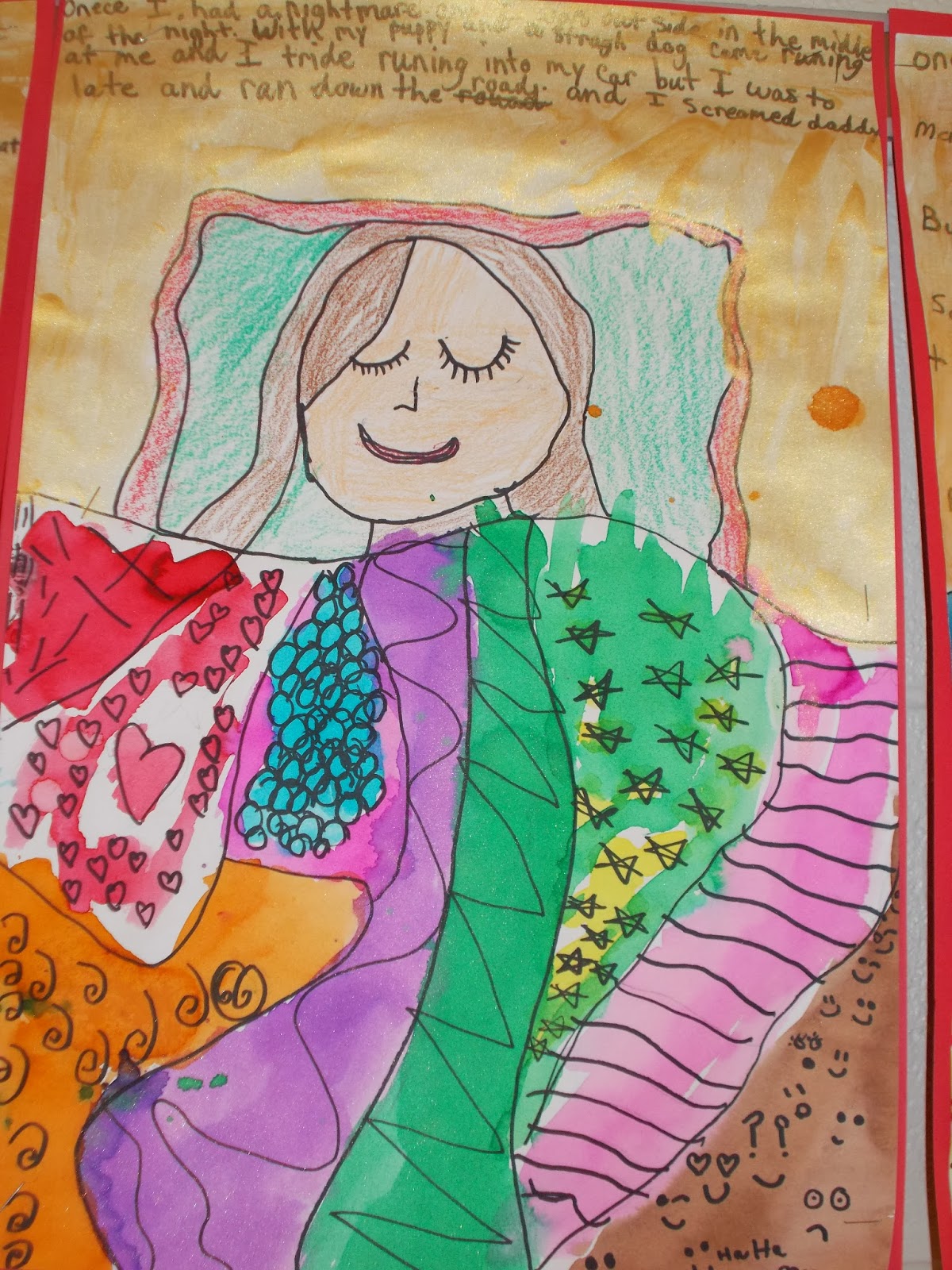 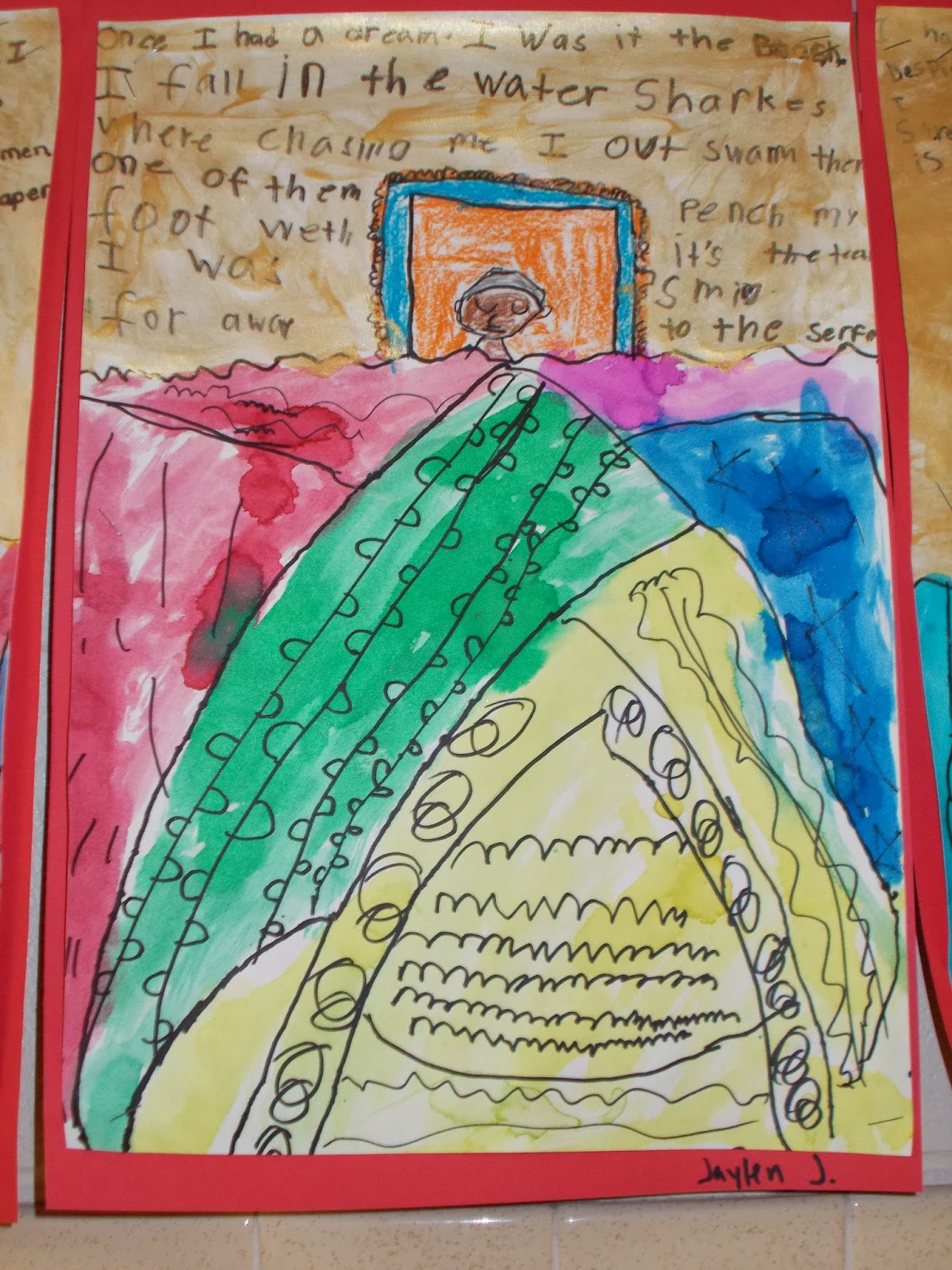 3nd graders learned about the artist Gustav Klimt through a Power Point Presentation. They learned about his life as a working artist, and looked at several of his paintings. They noticed some common characteristics that Gustav often repeated in his paintings: the color gold, the use of curly or spiral lines, and the use of shapes to create patterns. 3nd graders drew a self-portrait of themselves sleeping with a giant quilt. Students then divided the quilt into sections and drew patterns in each section. They used liquid water color to paint in the different areas of the quilt, and used crayon to color in their portrait. Lastly, they painted the background gold and wrote about a dream they once had or a favorite memory.
Posted by Alison Pierce at 9:38 AM No comments: 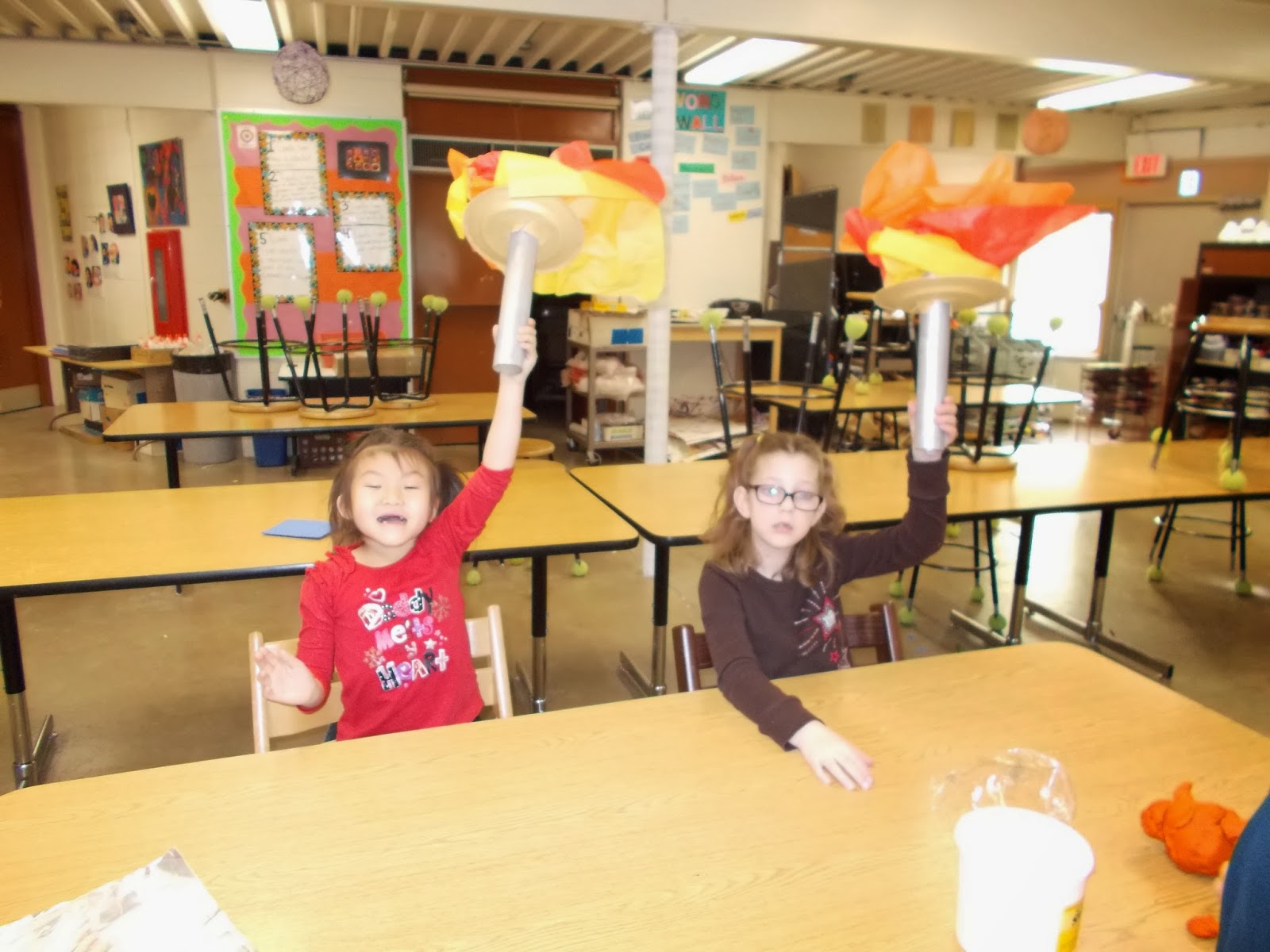 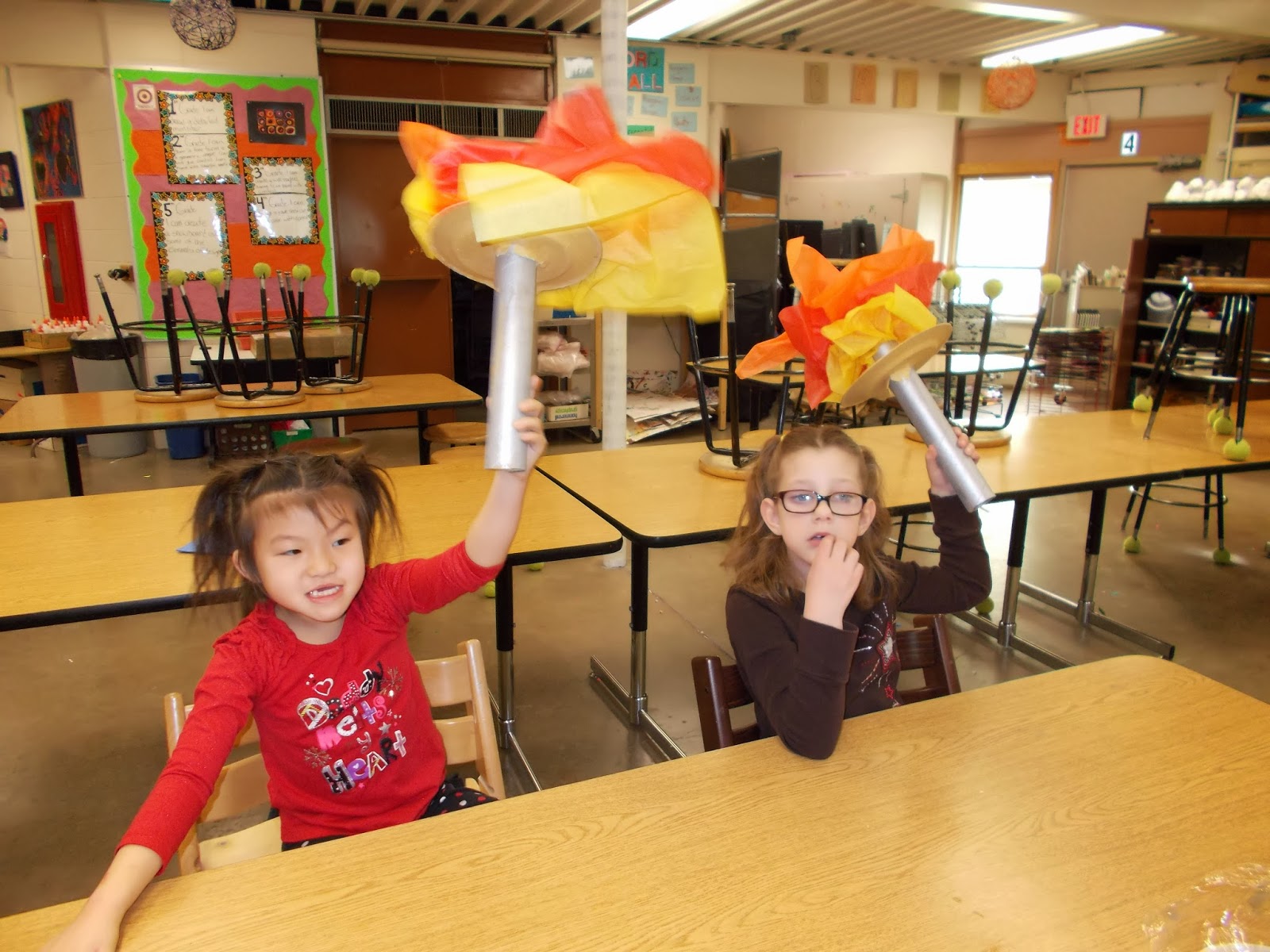 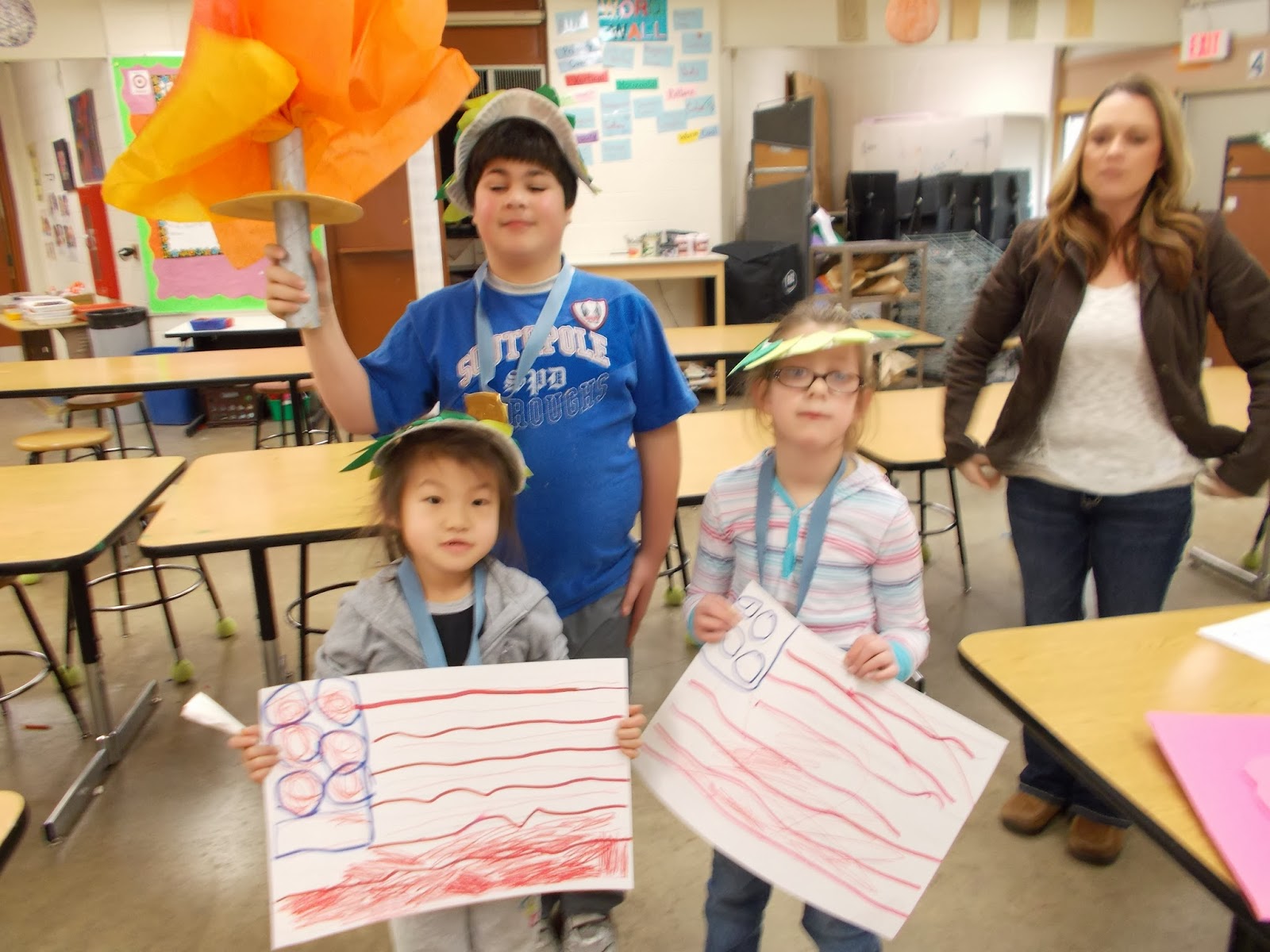 In adaptive art we focused on the Olympics for two weeks. We made the Olympic torch, gold medals, wreath crowns, and an American flag. To end our Olympic week we took an Olympian walk carrying/wearing all our art around the school. It was awesome!
Posted by Alison Pierce at 9:15 AM No comments:

Welcome to my art blog! I teach elementary art in Green Bay, WI. The lessons I share are often ideas from other art blogs, Pinterest, lesson shares, or that is where the idea starts from. I love the art education community! I hope that my young artists inspire you! 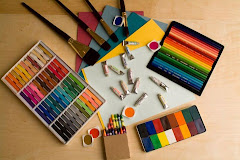